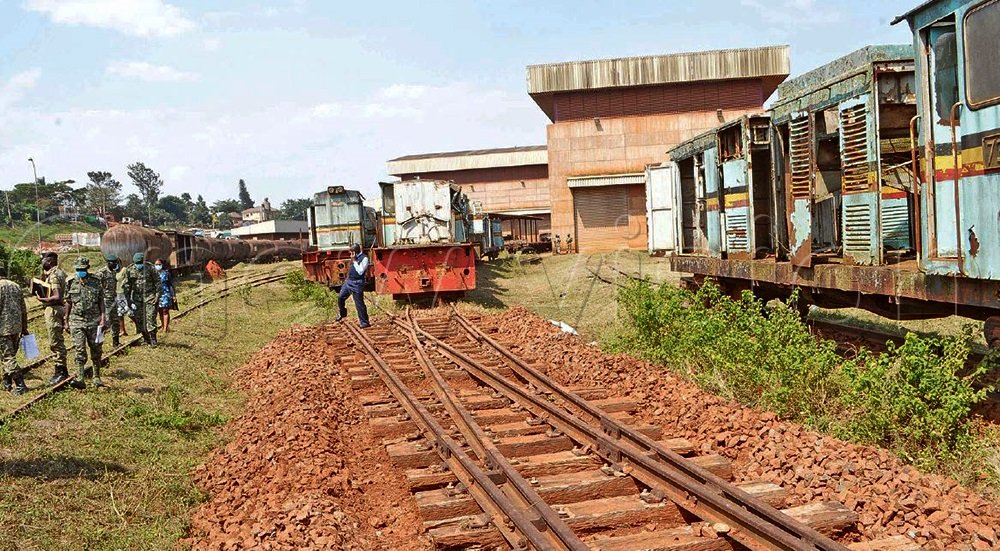 Railway Industry in Uganda: Past, present and future

As Uganda celebrates six decades of Independence from colonial rule this October, one major player in the development and promotion of trade in this East African country is undoubtedly the railway system; which has been in existence for many years.

45 years ago, Uganda Railways Corporation was founded in 1977.

Uganda Railways Corporation (URC) is a corporate organisation reporting to the Ministry of Works and Transport.

URC’s system is rooted in the British colonial 1,000 mm (3 ft 3+3⁄8 in) metre gauge Uganda Railway that was transformed after World War I into the EARC.

When the European colonialists built the East African Railway, they had one primary goal of using it to evacuate the raw materials that were badly needed in Europe for their industrialisation effort and the growth of their economies.

The colonial powers embarked on building the treacherous terrain of East Africa and in 1901, the rail line reached Kisumu. Uganda’s line from Malaba to Kampala was completed in 1931.

Over the years, an extension of the line to Kasese and other parts of the country took place over demand and the discovery of various industrial raw materials became available.

As time went by, the Uganda railway did not only serve to evacuate raw materials for the industries of the country in Jinja but also rail transportation became a major boost to trade and tourism in the country.

Its operation after the demise of the EARC had been hampered by civil war and inefficient management in Uganda.

Uganda Railways were joint recipients of the 2001 Worldaware Business Award for “assisting economic and social development through the provision of appropriate, sustainable and environmentally complementary transport infrastructure”.

URC’s role is to run a safe, reliable and efficient railway, serving customers and communities.

In 2005, the Rift Valley Railways Consortium (RVRC) from South Africa was awarded a concession to manage URC and Kenya Railways.

Rift Valley Railways Consortium was scheduled to take over operations on August 1, 2006. However, the East African Standard reported on July 28, 2006, that the take-over was postponed until November 1, 2006. It took place in November 2006 and was scheduled to last for 25 years.

On October 9, 2008, Toll Holdings of Australia announced that it had entered into a contract to manage the Kenya-Uganda railway, replacing management by RVRC.

Officers from Toll subsidiary Patrick Defence Logistics would manage the railway after the transition.

In August 2017, Kenya terminated the RVRC concession, citing RVRC’s failure to perform as stipulated in the concession agreement. In October 2017, Uganda followed suit, but RVRC ran to court to stop the termination. In late February 2018, URC finally took possession of the concession assets and resumed operating the metre-gauge railway system in Uganda.

On May 8, 2005, however, Kabalega and Kaawa collided almost head-on. Kaawa damaged her bow and Kabalega suffered damage to her bow and flooding in two of her buoyancy tanks. Kaawa returned to port, but a few hours after the collision, Kabalega sank about eight nautical miles (15 km) southeast of Ssese Islands.

In May 2008, the Daily Monitor stated that it expected the Ugandan government to announce in that year’s budget speech a government allocation of UGX: 14 billion to buy a new train ferry to replace Kabalega.

In September 2009, however, the Uganda Radio Network said the Ugandan government was unlikely to replace Kabalega soon. Instead, the Minister of Works proposed to improve port facilities at Jinja and Port Bell and let private operators run railway car floats with greater capacity than the ferries.

The minister stated that Kaawa and Pemba would be reconditioned and returned to service and that private businesses had expressed an interest in raising Kabalega and restoring her to use as a private concession. In October 2009, the government reiterated that it would recondition the Pamba and Kaawa and return them to service in 2010 and 2011 respectively.

In June 2018, the East African publication, reported that 900-tonne MV Umoja, registered in Tanzania, began regular service between Mwanza and Port Bell, plying the route 26 times every month. It is also expected that MV Kaawa, registered in Uganda, will join MV Umoja on the route.

The Dar es Salaam to Kampala route costs US$65 per tonne, compared to US$90 per tonne on the Mombasa to Kampala route, as of June 2018. The Citizen (Tanzania), reported similar information.

In February 2022, the newly reconditioned MV Pamba was introduced to the public and was commissioned for commercial services, after a period of 17 years’ absence.

Until recently, only the 8 kilometres (5.0 mile) line between Kampala and Port Bell and the 190 kilometres (120 miles) main line from Kampala to the Kenyan border at Tororo remained in use.

In October 2010, ThyssenKrupp subsidiary Gleistechnik was reportedly leading a project to link Juba, the capital of South Sudan, with Gulu, a town in northern Uganda.

After having been closed for years because of damaged infrastructure, the northern route to Gulu (from Tororo Junction on the main Kampala-Mombasa line) reopened in September 2013, with RVRC as the operator.

In February 2015, Rift Valley Railways, in collaboration with KCCA, began testing commuter passenger railway service in Kampala and its suburbs, to establish regularly scheduled service beginning in March 2015. Those services were temporarily discontinued after RVR lost its concession in Uganda in October 2017.

However, when Uganda Railways Corporation took over the operations of the metre gauge railway system in Uganda in 2018, the service was restored in February of that year.

Commuters on the service appreciated the ease and reasonable fares of the rail transport, compared to the commuter taxis, with the attendant traffic jams.

A new Kampala to Port Bell route was planned and added in the 2018/ 2019 financial year.

The Uganda Standard Gauge Railway is a planned railway system linking the country to the neighbouring countries of Kenya, Rwanda, the Democratic Republic of the Congo and South Sudan, as part of the East African Railway Master Plan.

The railway system would consist of four major sections:

Also referred to as the Eastern Line, would stretch from the border with Kenya at Malaba, through Tororo and Jinja, to end at Kampala, the capital and largest city in Uganda. The total distance of this section is approximately 219 kilometres (136 miles).

Also referred to as the Northern Line, would extend from Tororo, and go through Mbale and Lira to Gulu, a distance of approximately 367 kilometres (228 miles).

From Gulu, one division will continue north to Elegu and on to Nimule and Juba in South Sudan. The section in Uganda measures approximately 106 kilometres (66 miles). Another extension stretches from Gulu southwestwards through Pakwach to end at Goli at the Border with the Democratic Republic of the Congo, a distance of approximately 187 kilometres (116 miles).

This is referred to as the Western Line. It starts in Kampala and passes through Bihanga in Ibanda District, continuing to Mpondwe at the border with the Democratic Republic of the Congo, a distance of about 430 kilometres (267 miles).

This is also referred to as the Southwestern Line. It stretches from Bihanga, through Ibanda and Mbarara to end at Mirama Hills, at the border with Rwanda, a distance of about 191 kilometres (119 miles)

This 1,435 mm (4 ft 8+1⁄2 in) railway line is intended to ease the transfer of goods between the Port of Mombasa and Kampala City, and subsequently to Kigali in Rwanda, and Beni in the Democratic Republic of the Congo and Nimule and Juba in South Sudan. Goods would travel from Mombasa along the Kenya Standard Gauge Railway to Malaba, at the border with Uganda, and transfer onto this railway system.

In April 2017, preliminary estimates for the entire Uganda SGR Project were quoted at UGX 45.6 trillion (approximately US$12.8 billion).

In March 2019, during a state visit to Kenya, President Yoweri Museveni and his host, President Uhuru Kenyatta of Kenya, jointly, publicly committed to extending the Standard Gauge Railway (SGR) to Kampala via Malaba.

The construction is expected to be financed by the Government of Uganda, using borrowed money from the Exim Bank of China.

However, the loan cannot be approved by the lender until Kenya finalizes the funding arrangement for the Naivasha–Kisumu–Malaba section of its SGR. The Malaba-Kampala section, with associated train stations and railway yards, measuring 273 kilometres (170 mi), is budgeted to cost US$2.3 billion. Once funding is secured, the construction of the Eastern Line is expected to last 42 months. The entire 1,724 kilometres (1,071 mi) SGR in Uganda will cost an estimated $12.8 billion.

In May 2018, The East African reported that Uganda may scale back on starting major infrastructure projects, to reduce its fiscal deficit in the run-up to joining the East African Monetary Union in 2024. One of the requirements for joining the EAC monetary union is that a partner state maintains a fiscal deficit of not more than 3 per cent of GDP, for three consecutive years before joining the monetary union. The SGR project may be one of those delayed or scaled back. In December 2020, the East African newspaper reported that the government of Uganda would start construction of its SGR in the 2022/2023 financial year, with the expectation that Kenya would have figured out how to fund the Naivasha to Malaba section when the Uganda SGR reaches Malaba, “by the end of the projected construction period.”