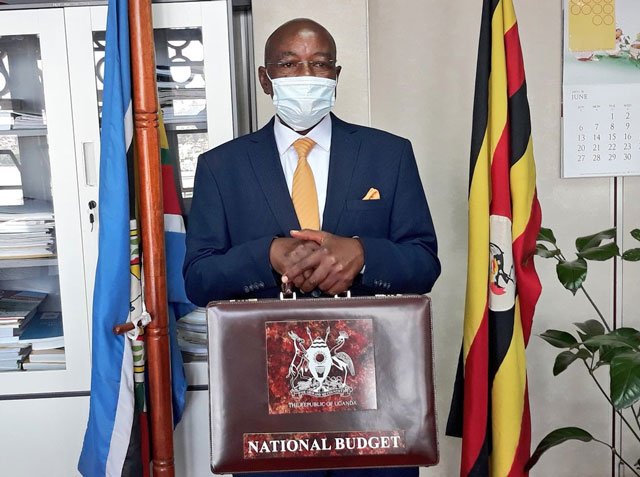 Minister of State Finance (Planning), Amos Lugoloobi last week presented the budget estimates for the 2022/2023 financial year totaling Shs47.2 trillion, saying that the Government has no intention of bringing new taxes during this financial year.

The annual budget has been increased by Sh 2.5 trillion compared to the current financial year. The Shs47.2 trillion proposed budget.

This will be implemented under the theme: “Full monetisation of the Ugandan economy through commercial agriculture, industrialisation, expanding and broadening services, and digital transformation and market access.”

The Public Finance Management Act requires the Minister of Finance to present annual budget estimates by 01 April of the preceding year.

In his presentation during the Plenary Sitting, Lugoloobi asked the lawmakers to consider the economic environment in which the budget was prepared, citing the inability to borrow over 53.9 percent.

“This is above the maximum requirement of 53.1 percent provided for in the Charter of Fiscal responsibility.  Nonetheless, we expect this to be restored to 47.8 percent of Gross Domestic Product over the medium term,” he said.

Lugoloobi explained that some priorities, including the development of the oil sector; building a refinery, pipeline and the airport necessitated the increase.

According to the government, Shs1 Trillion of the budget is expected to go to the Parish Development Model and the latest government vehicle fronted to lift over 17.5million Ugandans in 3.5million households into the money economy.

Starting July, each parish is expected to receive Shs100m that will be lent out to citizens for investment.

“This is an investment-like budget because the intent of this budget is to achieve full monetisation of the economy to ensure that nobody is left behind. And the implication of this is that we have to take money to the people. Not money to consume but money to invest,” Lugoloobi said.

He laid the annual budget estimates along with the accompanying documents, including the revised National Budget Framework Paper (BFP) 2022/2023, 2026-2027, the Appropriation Bill, 2022, Charter of Fiscal responsibility and Certificate of Gender and Equity Compliance among others.

The Deputy Speaker, Thomas Tayebwa referred the budget estimates to the Committee of Budget and relevant sectoral committees.

“I request that you look at Rule 148 and 149 of our Rules of Procedure, especially 149 where we have very tight deadlines in which to process this. You need to ensure you report in time,” he said adding that, ’we shall give you enough time to handle the budget at committee level. We shall not have plenary sittings’.

The Shadow Minister of Finance, Muwanga Kivumbi said that the Ministers of Finance have performed well urging that such standards are kept.

“It is unprecedented; we are reaping benefits from former committee chairpersons appointed ministers. This should be a learning curve to the appointing authority that picks among us, things move smoothly because they know the technical know-how,” Kivumbi said.

He, however, added that the Treasury Memoranda and list of accounting officers should have been sent to legislators earlier, calling on committees to do the right thing when scrutinising the documents.

“I hope the details in these documents are as smart as the moves made so far,” he said.

The Leader of the Opposition, Matthias Mpuuga also applauded the ministers of Finance for beating the deadline.

“Although they began shabbily, they eventually shaped up. I would like to implore them to keep alert,” Mpuuga said.

While Shs28 trillion will be available to the government for spending, a large chunk of the budget is expected to be channeled to servicing the national debt that has since exceeded the ceiling provided for in the charter of fiscal responsibility. Consequently, the government says it will only borrow Shs1.7 trillion of the funds.

Uganda currently owes sh69.5 trillion. As per the December BFP, sh7.4 Trillion of the budget of sh 43 trillion was to be spent on servicing the public debt.