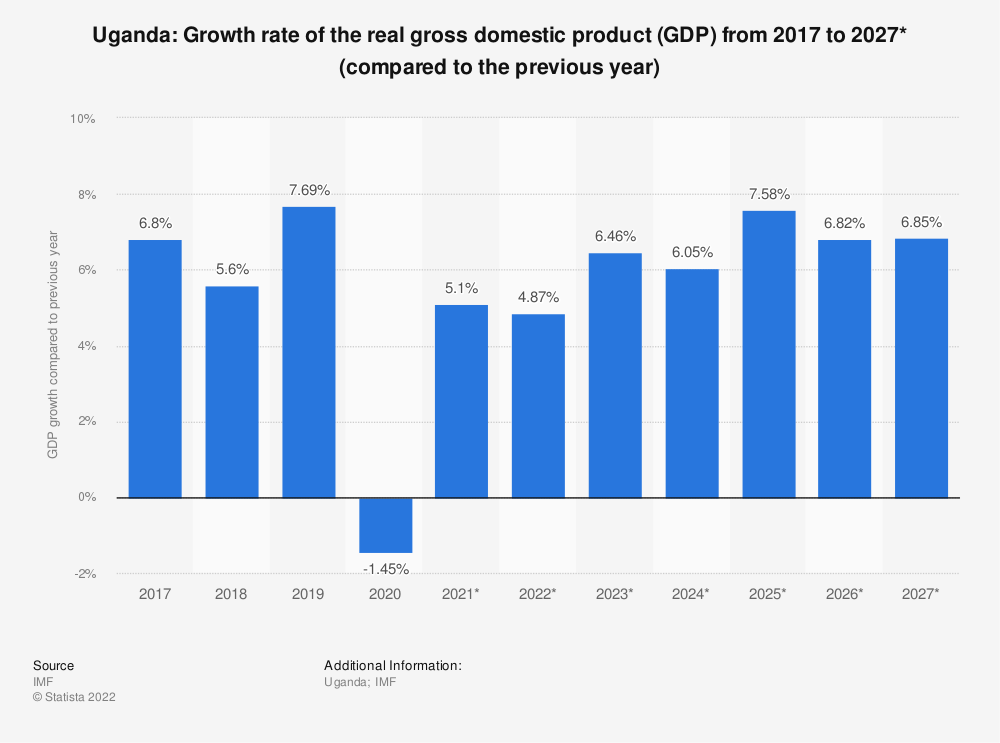 Uganda’s economic growth was hampered by the Russia-Ukraine war

The war in Ukraine has had a global ripple effect, it’s far-reaching impact has stretched out geographically to East Africa thus diminishing Uganda’s economic growth forecasts.

Considering the bitter fact that the world and Africa or Uganda, in particular, is still in recovery mode following the fading impact of the coronavirus (COVID-19) induced lockdown, and full re-opening of  Uganda’s economy.

In February 2022, the signing of the Final Investment Decision (FID) created a vibrant outlook for oil production.

The annual projection for Uganda’s economic growth is estimated at 3.7% for 2022, which is much lower than the projections prior to the COVID-19 pandemic that was previously forecast by economic analysts to be over 6%.

Uganda’s gross national income per capita stood at about $840 in the just concluded Financial Year of 2021 this has increased slightly in the year since leaving the East African nation still below the lower-middle income brink of $1,045.

This new reality contradicts President Yoweri Museveni’s announcement during his State of the National Address on 7th June this year that Uganda had achieved a middle-income status with a Domestic Product (GDP) of $1,046 per person.

The World Bank Country Manager for Uganda, Mukami Kariuki noted that the rising commodity prices in the country and the overall increase in the cost of living threaten livelihoods that were still recovering from COVID-19 effects that left a negative mark.

“These shocks are threatening to stall socio-economic transformation, thus increasing the likelihood of the people falling deeper into poverty,” she said.

Real gross domestic product grew by 4.3% in the first half of 2022 supported by a strong and speedy recovery of the service sector upon the opening of the leisure and entertainment industry, accommodation, and food services, as well as sustained buoyancy of the information and communications sector.

The report projects a 5.1 percent growth rate in FY23, 0.5 percentage points below the December 2021 forecast, increasing to about 6 percent in FY24.

“These and other shocks are threatening to stall socio-economic transformation, thus increasing the likelihood of the people falling deeper into poverty,” she said.

“It is therefore crucial for the Government of Uganda to adopt targeted interventions to support the vulnerable while managing debt and rising inflation,” Mukami Kariuki noted.

Four policy actions have been proposed by UEU that will enable Uganda to sustain a resilient and inclusive recovery as follows; accelerate vaccination efforts against COVID-19; adopt targeted interventions to support the vulnerable – such as building shock-responsive social protection systems; maintaining prudent fiscal and debt management to support the fiscal consolidation agenda; and cautious monetary expenditure (cost reduction) due to the rising burden of inflation.

Another recommendation of the report is the acceleration of longer-term structural reforms to strengthen revenue mobilization through the implementation of the Domestic Revenue Mobilization Strategy;  improving public investment management;  rationalising public expenditure to support faster, sustainable, and inclusive growth by investing strongly in human capital development; and  improving the trade and business environment and enable green investments.

The UEU notes that fiscal consolidation is needed to rein in debt and to create the necessary space to respond to shocks that could hurt or stall recovery.

Recent statistics from the ministry of finance testify that the country’s debt stock rose by 15.4%, equivalent to US$ 2.77 billion during the year from US$ 17.97 (Ugx 65.58 trillion) as at end December 2020 to US$ 20.74 billion (Ugx 73.50 trillion) as at end December 2021 on account of increased disbursements and external borrowing due to revenue shortfalls and a rise in the fiscal deficit resulting from the negative impact of the COVID 19 pandemic on the economy.

The UEU acknowledges that this can be accomplished through better Public Investment Management (PIM) building on important reforms that have been undertaken by the government.

World Bank’s Senior Economist, Rachel Sebudde the lead author of the Uganda Economic Update says Uganda has a great opportunity to harness Public Investment Management by making sure that beyond preparing good projects, effort is also directed at ensuring that they are efficiently funded, implemented, monitored, operated, maintained, and evaluated.

“These steps ensure that the country can reap the maximum value of public investments,” she said adding that “Strategic capacity building for government officials is crucial as it will improve the Ministries, Departments and Agencies’ effectiveness across the PIM cycle.”

This is based on the fact that the Auditor General Report FY21 reveals that out of a sample of 371 projects in the public investment program, 245 projects (66%) with total project values of Ugx 643.4 trillion ($173 billion), did not have feasibility studies undertaken before they were allocated financing.

The progress achieved in the PIM process, key challenges remain, according to the update regarding Uganda’s economic growth.

Some of these challenges include low execution rates on donor and own-budget projects; long implementation delays; cost- and time-overruns on projects; and high commitment fees in the case of non-concessional externally funded projects.

Conversely, Margaret Kakande, the head of Budget Monitoring Unit at the finance ministry said the high political interference is to blame for lack of proper channels in project implementations.

“The politicians are passing the process required to be followed in project establishments. Projects are coming through the window,” she noted, adding that there’s also no prioritization of projects for proper planning.

Generally speaking, the improvements in the administrative processes of the pre-investment phase of PIM are being discounted by challenges in critical areas, including project prioritization and selection, budgeting, and implementation. 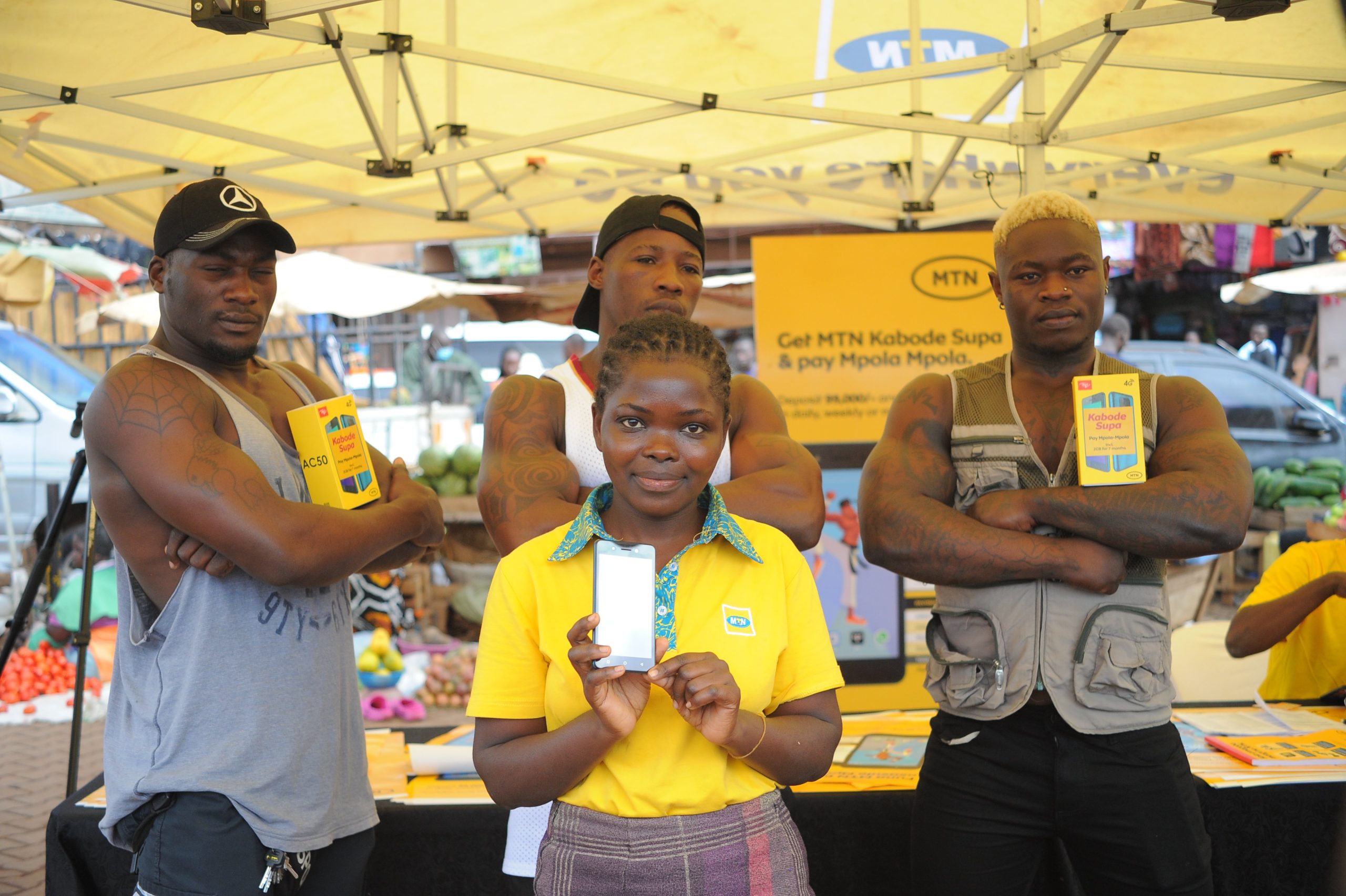