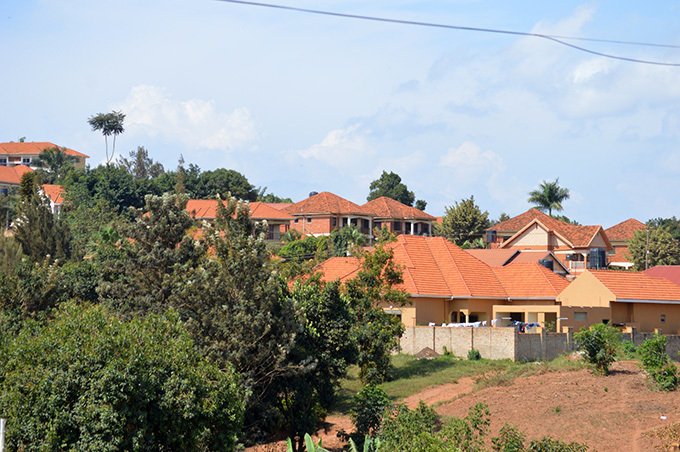 Why Uganda needs an orderly response to rapid urbanization

Kampala has been reported to be among the fastest-growing cities in Africa, with a population growth rate of 4.05%, but the real estate industry has not grown to match the need for residential houses, apartments, and offices. With rapid urbanization, industry experts say condominiums are the future of the city.

According to the Uganda Bureau of Statistics, in 2020, Uganda’s population was nearly 46 million people, of whom 27% were urban residents. They predicted urban households to grow from 2.9 million in 2020 to 3.8 million in 2025, with an increase of 180,000 housing units needed by 2025 to accommodate the growing population.

As an emerging economy, Uganda is currently grappling with the problem of proper housing to meet the ever-increasing demand because of the fast increasing population and growth rates in its urban centres. More people are migrating from the rural areas in search of better opportunities in their towns and cities.

Real estate experts said Uganda needs an orderly response to rapid urbanization, which expects to grow at 5.6% per annum and this would be an affordable housing supply.

However, the widening economic gap between the poor and the wealthy is one of the major factors hindering the proper take-off of Uganda’s housing sector in urban areas, with over 60% of the population in urban areas living in slums.

Abbas Rasheed, the General Manager, Universal Multipurpose Enterprises, a company that deals in residential housing in the form of condominium apartments around Kampala and beyond said rising real estate and construction costs have many entrepreneurs and families considering residential and commercial condominiums as an alternative to a stand-alone houses or commercial building for their business and families.

“It makes sense for businesses or families to share land and parking or security. Stand-alone buildings are expensive and hard to find in many areas, especially in commercial business parks,” he states.

He explains that sharing a building with other companies or families offers numerous advantages beyond a lower purchase price, adding that condo owners benefit from sharing the cost of such items as maintenance, insurance, property taxes and heating.

He says the building is often run by a management company, saving entrepreneurs or families the headaches of operating a building as well as their own business or families.

Mpuuga explains that when Uganda was first introduced to the real estate industry, the response was minimal because it was difficult to explain how the condominium works.

He, however, notes that with time, the economy has improved and people want to own property now. In fact, the development of the housing sector has created a mad rush for people to build their own houses and there is a need to know the best way to own and invest in real estate before embarking on it.

He says that many prospective first-time home-owners are appreciating the need to consider purchasing a condominium as opposed to a fully-fledged stand-alone house.

For an average middle-class consumer, the idea of paying for a separate ownership of individual units in a multiple unit building is a natural step up from the grueling monthly rent payments that majority have to endure in their early professional life.

“Indeed, there is an intuitive advantage in paying for an apartment that you will eventually own, instead of incessantly paying for residence in an apartment until you find a place of your own. As such, investors, in their attempt to satisfy the demand for residential apartments have begun to tailor their offerings to the reality that most people would rather own the apartment than rent it,” he says.

He notes that it is pertinent to understand the legal prerequisites for condominium property development straight from the genesis of a project.

David Kireli, a civil engineer at the education ministry says houses built in estates are fast-becoming the choice of preference today as they are easy to buy compared to a single bungalow that you have to take loads of time to build.

“Although they have not existed for long, estates are developing very fast in middle-class residential neighborhoods in Uganda. Shifts in social lives have also spiraled the demand for houses in estates,” he explains.

Condominiums come in many forms: townhouses, apartments and even small homes within a larger development or neighborhood setting.

Experts guided that before purchasing a condo, it is advisable to request and read all the rules of the condominium complex. Many condominiums offer amenities like swimming pools, clubhouses, tennis courts, and golf courses.

The development and ownership of condominiums is governed by the Condominium Property Act, 2001 and the regulations thereunder. As with most other construction projects, the Act requires a proprietor or developer of an existing or planned building to submit to the registrar of titles a condominium plan conforming to certain requirements.

There are some exceptions to the rule, but most condominiums are cheaper to buy than houses. It is a great way to get into property ownership for the first time, or for retiring seniors with less income who are downsizing.

Condos typically have less inside space to clean than houses, and the only outside space you have to worry about is your own balcony. As a result, chores like repainting the exterior of the house or maintaining the garden will become a thing of the past.

Would-be thieves often have to pass through several layers of security to get to your condominium door. Many buildings will have locked security doors at their entrances that require a key or swipe card to access.

Condo living can give you access to amenities you may not otherwise get with a house. For instance, swimming pool, indoor gym, rooftop entertaining, covered parking and a security system. And you don’t even have to maintain the pool yourself!

Renters are not going anywhere. Kampala is expected to have a housing shortage of around 530,000 homes. In 10 years, this may lead to 2.1 million home shortages. As such, if you decide to transition from owner-occupier to landlord, you should have no issues getting tenants.

Likewise, there is plenty of demand should you decide to sell. Experts say that condominiums allow investors to sell their homes quickly while still earning significant profits on a small scale property.

Cost of purchasing a condominium

Condos typically come in one-bedroom, two-bedroom or three-bedroom designs. The costs vary from developer to developer and are also dependent on the area they are in.

Condominiums are well-known in areas such as Kira, Naalya, Najjera, Kololo, Muyenga, Namugongo and Bukasa.

In most upscale neighborhoods surrounding Kampala, the typical cost of a three-bedroom condominium unit is from USh250 million to USh300 million.

Affordability goes with mass production; just like commercial farming vs subsistence where mass production causes the prices to drop; the costs go down when more units are put up at a go, with time, the condos end up becoming cheaper,” Babigamba says.

Babigamba explains there are various financing options to purchase condominiums. A buyer typically deposits USh5 million (flexible amount). He /she can pay a 20 to 30% cash down payment within the three months, and the balance over a period of 12 to18 months.

“You can pay cash, use special payment plans with developers or get a mortgage with banks. For arranged payments, you get a unit and clear it in a year or two. With banks, you can get a mortgage that can run up to 20 years, but you will be paying interest,” she said.

Mortgage interest rates in Uganda range between 18 – 21%.Citing an example; if a unit is USh90 million; a person will pay 20% initial payment of USh18 million. The balance which is 80% of the purchase is paid in installments for a period of up to 12 months.

She notes this plan is negotiable, especially to someone who may not afford to pay USh7 million a month.

“There is also financial support from the bank to clear the debt which is done within 12 to 15 months. Property developers do not charge interests until the debt is cleared,” Babigamba said.