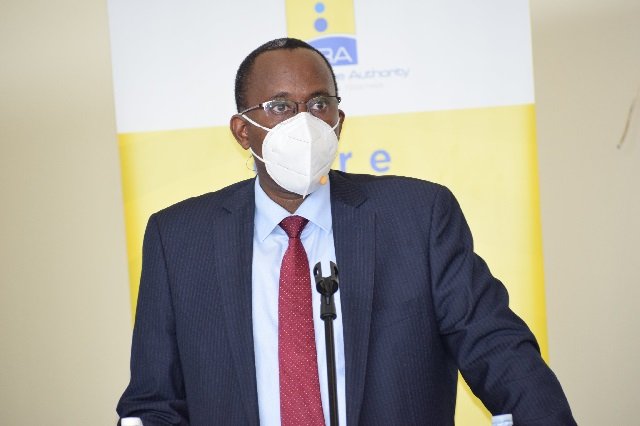 Hopes for the Uganda Revenue Authority (URA) to hit the set revenue collection target of Shs 22 trillion continue to shrink, with the tax body registering a shortfall of Shs 900 billion in the first half of the current financial year.

The URA had projected to collect Shs 11 trillion in the first six months, but the effects of the Covid-19 pandemic continue to affect its performance.

While highlighting revenue performance for the period of July to December 2021, John Musinguzi, URA Commissioner General said, in the last six months, URA projected to collect 49.47% representing sh11 trillion, an increase of 16.80% from the realized revenue for the same period last financial year.

He noted that the shortfall was mainly in domestic tax revenue.

In this period, domestic tax revenue collections were Shs 6.2 trillion against a target of sh7.2 trillion, registering a shortfall of Shs 951billion, and performance of 86.75%.

Musinguzi explained that customs tax collections in the first six months of the FY 2021/22 were Shs 4 trillion against a target of Shs 4.1 trillion, posting a shortfall of Shs 26.33 billion, and performance of 99.36%.

However, Musinguzi noted that a year to year growth of Shs 4billion (10.57%) was realized this year compared to the same period in the previous Financial Year 2020/21.

According to the sector performance, Musinguzi said, during the period of July to December FY 2021/22, 75% of the revenue was generated from the top five sectors.

These are: the wholesale and retail trade sector, the manufacturing sector, the financial activity sector, the information and communication sector and public administration.

“The revenue growth in the wholesale and retail trade sector is attributed to the wholesale of solid, liquid and gaseous fuels and related products. The growth of revenue from financial activities is attributed to contributions by mobile commerce due to gazzeted regulations by Bank of Uganda’s directive to all telecom companies to separate financial services from telecom services, ”he said.

During the same period, he said there was a decline in revenue collection from the sectors such as Information and communication declined by 15%, electricity, gas, steam and air conditioning supply by 38%, real estate activities by 11% and construction sector by 14.06%.

He attributed the decline to a slowdown in business in these sectors resulting from the Covid-19 pandemic impact.

“The journey to Uganda’s economic independence is a collective effort of every citizen. Now that the economy has fully opened, let us agree to walk together so as to develop our country because everyone’s support matters,” he noted.

“Apart from the tax register expansion, our next focus is going to be on the deployment of smart business solutions. We are working on our processes to make them more efficient and more customer friendly,” he noted.

He said URA is integrating its system with other systems of government so as to get third party data, adding that this will help to identify those who are involved in the activities of the economy, especially those who are not in the tax register.

“We also have an initiative like the mobile tax office; we have a bus that is branded URA which reaches distant places where we may not have an office,” he said.

In the coming financial year 2022/2023, URA is expected to collect local revenue to a tune of shs25 trillion.