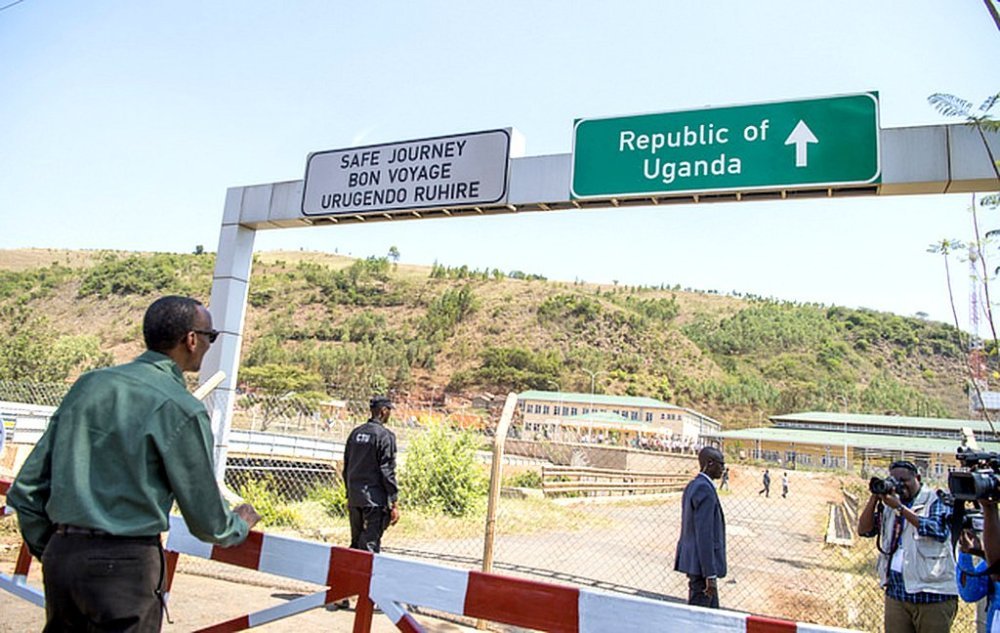 What does the reopening of Uganda-Rwanda border mean for the business community?

The recent announcement by Rwanda to reopen its Katuna border with Uganda has brought home the intricate problems associated with cross border trade.

On Monday, January 31, 2022, Rwanda reopened its border to Uganda after a three-year closure over political tensions. The border shutdown caused a near collapse in trade between the two countries.

The reopening followed the visit of the Uganda’s Commander of the Land Forces in the UPDF, Lt Gen Muhoozi Kainerugaba, who also doubles as the Senior Presidential Adviser on Special Operations. He held talks with President Paul Kagame believed to be in regards to the relations between the two countries.

Whereas details of the meeting remained scanty, the Office of the President in Rwanda described the engagement as cordial.

The frontier was closed in February 2019, as political differences between the East African neighbors spiraled.

President Yoweri Museveni and Kagame had been close allies in the 1980s and 1990s during their respective struggles for power in their countries. However, the alliance soured and Rwanda shut the border accusing Uganda of abducting its citizens and providing support to rebels seeking to overthrow the Kagame regime.

Meanwhile, Uganda accused Rwanda of spying, in addition to killing two men in a 2019 incursion into the Ugandan territory which Kigali denied.

The closure has not only affected Rwanda and Uganda, it also blocked a major commercial artery that funnels goods through the region from the Indian Ocean seaport of Mombasa in Kenya.

Trade from Uganda to Rwanda is far higher than in the opposite direction. Uganda’s annual exports to Rwanda, predominantly cement and food rose gradually to more than $200m (€178m) in the past two decades but plummeted after the border closure in 2019.

In 2020, those exports to Rwanda had dropped to under $2m, with the fall in trade exacerbated by the Coronavirus crisis.

Despite the reopening of the border, only cargo trucks were allowed on either side while travelers were held back by immigration officials.

Responding to the concerns raised, the Minister of State for Industry, David Bahati, said that President Museveni, in his address to the Cabinet on January 31, 2022, said that the side of Rwanda was only open for cargo because they were still observing Covid-19 procedures on all their borders.

By allowing Rwanda to reopen its border, there seems to be a ray of hope in diffusing the tensions between the two neighboring countries that had gone on for over five years, crippling businesses between the two nations.

The Rwandan government noted they are happy that there is an ongoing process to ensure the relations between the two neighboring countries return to normalcy.

“The government of Rwanda remains committed to ongoing efforts to resolve pending issues between Rwanda and Uganda and believes today’s announcement will contribute positively to the speedy normalization of relations between the two countries,” Rwanda said in a recent statement.

The former presidential candidate, Dr. Kiiza Besigye said it is a welcome thing that the border between Uganda and Rwanda is finally reopened because it impacts people’s lives on both sides in terms of business.

However, Besigye said unless the conditions that led to its closure are addressed, it will close again, something which he said will not be good for the business community.

“The President of Rwanda summed it up by saying he is not impressed by statements and photo moments. The objectives set out have to be met. There are deep problems that are not transparent, so Ugandans can’t make an informed conclusion on the Uganda – Rwanda relations,” he said.

Besigye noted that his informed guesswork tells him that the issues between Uganda and Rwanda are not over.

The Private Sector Foundation of Uganda, Deputy Executive Director, Francis Kisirinya said he was excited about the announcement of opening the border because it has been a very big challenge to business people.

Experts told Business Times Uganda that the cross border trade has been promoted for a long time, and it is the reason why the people of these two countries are uplifted through trade.

Unfortunately, overtime, even after establishing the trade blocs, there have been emergencies to barriers to trade, things that can stop one from trading freely.

“You can freely get goods from the country and move them to another country without any problem, but we have seen an emergency of non-traffic barriers. Things like being asked for permits, being asked for licenses to trade, being asked for high quality standards and sometimes being asked to trade through particular roads. These are things which have slowed the growth of trade in East Africa,” said Kisirinya.

In 2018, the inter Uganda-Rwanda trade was about 40%, meaning the border closure led to the loss of markets for goods hence reopening of the border comes at the right time.

Sheila Kawamara-Mishambi, the Executive Director for the Eastern African Sub-Regional Support Initiative for the Advancement of Women (EASSI), said there is need for a lasting solution to the bickering between Uganda and Rwanda to avoid a repeat of the closure of the border between the two countries which has had far reaching consequences.

Mishambi said contrary to the provisions of the treaty for the establishment of the East African Community, Rwanda arbitrarily closed its border posts with Uganda and the same has affected a number of people.

“While we note that the small and medium scale traders located at the border crossing points were advised by the Ugandan Ministry of Trade to relocate their businesses to other borders, this was impossible given their immobility in terms of business operations,” she said.