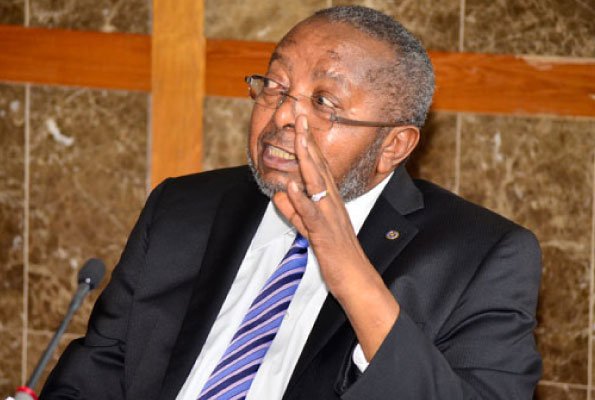 Emmanuel Tumusiime-Mutebile, who has been at the helm of Bank of Uganda for over 20 years, the longest-serving Central Bank Governor in Africa, was never shy to speak his mind about Uganda’s economic policies, including policy mistakes.

One such instance was in 2011 when Mutebile, in an interview with Financial Times newspaper said that he had disagreed with Mr. Museveni over the decision to spend $740 million on jet fighters, which greatly brought down Uganda’s reserves.

“He gave me some promises which he has not kept — like a way to redress the reserves. I am still fighting with him,” the UK-based newspaper quoted Mutebile as saying.

According to the report, the Ministry of Defense, under President Museveni’s directive, withdrew $400 million (Shs960 billion) from the Central Bank to pay for the fighter jets without Parliamentary approval.

With this revelation, many analysts expected that the President would relieve the Governor of his duties. But it never happened.

Such was Mutebile’s confidence that in November 2014, he laid bare the funding mechanisms for political patronage in the country, which critics say were responsible for “buying” the 2011 elections for President Museveni.

Speaking at a gathering of academicians in Kampala, Mutebile said the Central Bank had sold so many Treasury bills to create cash for the Government in the run-up to the elections that he could not determine how much of the money “ended up in political electioneering” in 2011.

The large injection of cash into the economy that saw inflation rise to 30% and left Mutebile’s reputation seriously damaged.

But as the earlier incident, Mr. Mutebile sought to wash his hands of the affair.

“You should remember that the economy of this country was thrown into total chaos after the last elections allegedly because Bank of Uganda had printed a lot of money to finance the elections,” he said this week.

“I was there as Central Bank governor. I didn’t participate whatsoever, but because there was some spending by government dependent on Treasury Bills, which I was issuing, I was financing government indirectly. But ever since we understood that, we have never done it again and I will not do it this time,” he said.

He later claimed that “I have never accepted an order from President Museveni where that order was inconsistent with my duties. Never!”

Despite such honest revelations, Mutebile retained his job and never looked under pressure for whatever public backlash.

When the Central Bank Governor came under fire from Parliament which recommended his sacking over his role in the inflated compensation of businessman Hassan Basajjabalaba for loss of city property, Mutebile called the recommendations “rumblings.”

“I can assure you that I am here for the long haul. There is nothing that will take me out of this seat…except God,” he said.

And he was right. The Governor’s tenure has been brought to an end by death. On Sunday, January 23, 2022, the 72-year-old died at Nairobi Hospital due to complications related to diabetes.

He had been in and out of hospital in recent years mainly in Uganda and India, with sources at the bank pointing to diabetic-related sicknesses, which have led to failing kidneys recently.

The Governor’s passing has attracted tributes from all corners of the world, with many describing him as a seasoned professional economist who has steered Uganda through tough times.

Mutebile has served as Governor and Chairman of the Board of Directors of the Bank of Uganda since 2001, and had just started a new term of office for which he was reappointed in 2021. He served as Secretary to the Treasury from 1992 to 2001 when he was appointed Governor.

He is remembered for spearheading the design and implementation of the Economic Reform Programme that restored Uganda from the economic crises of the 1970s and 1980s to sound economic performance during his service as the Permanent Secretary/Secretary to the Treasury in the Ministry of Finance, Planning and Economic Development.

He also worked as a consultant for multilateral and regional organizations including; World Bank, International Monetary Fund, Organisation for Economic Co-operation and Development, Macroeconomic and Financial Management Institute of East and Central Africa, UK Department for International Development, the North-South Institute in Canada and for the governments of Rwanda, Kenya, Tanzania, Eritrea and Nepal.

Robert Kabushenga, former Vision Group CEO: “Rest in Peace ETM. We owe you a debt of gratitude. Thank you for a consequential public service.”

Elly Karuhanga: Sad day. My brother #Governor Mutebile has Rested. Our paths crossed at Makerere when we vied for student leadership in probably the hottest election the Makerere Guild has ever seen. At that time, Amin had come to power and banned political activities in the country except he, I and others were running for Guild President. Our Campaigns got the attention of the whole country and beyond. We were offered Open roof cars in motorcades to drive around the Campus and Kampala city. It was a campaign of two students that startled, galvanized and thrilled the nation. At the time, it was a campaign like none other. It was a two-man horse race. It excited the country. He was branded a Socialist and Pro-Obote and I was branded a Monarchist/Capitalist agitating for the return of the Kabaka and the restoration of kingdoms. None of these were favored by Amin and on the day of elections, he expelled Asians. I lost all my capitalist Asian supporters. We were hosted on TV in live Presidential Style Debates.

We were front page headlines in Kenyan, Tanzanian and Ugandan newspapers.

Dr Ruhakana Rugunda: The passing on of my friend Governor Ndugu Tumusiime-Mutebile is a huge loss to Kigezi, Uganda and Africa. We are grateful for the great contribution he made guiding the economy, private sector development, academia and student and youth leadership in his earlier years.

Andrew Mwenda: Emmanuel Tumusiime Mutebile, this great architect of Uganda’s economic recovery, this titan of our banking industry, this intelligent, magnanimous and generous soul, this friend of all and enemy of no one, rested this morning (Sunday, January 23, 2022) at 5.30am. RIP my friend! You have been a true giant!