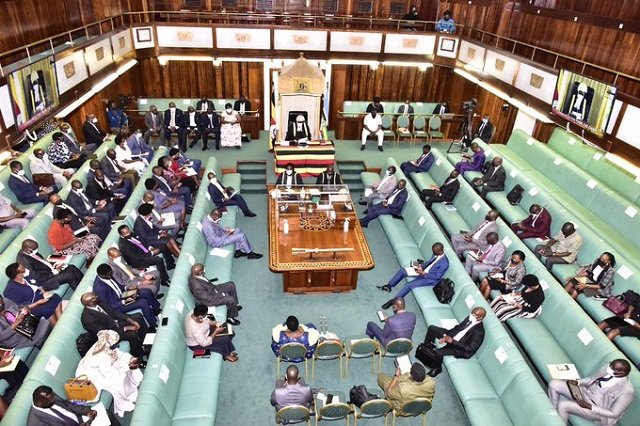 The bill, with 46 Clauses that was passed on Thursday, December 9 2021, seeks to facilitate the execution of Uganda’s obligations under the Inter-governmental Agreement and the host government agreement.

The Bill will allow for the development and implementation of the East Africa Crude Oil Pipeline Project (EACOP) before the House.

The Bill will cater for some matters agreed upon in the agreements that are necessary for lawful implementation of the project in Uganda but are not covered by or are inconsistent with the existing law.

Some of the laws that will regulate the East Africa Crude Oil Pipeline Project include; the Petroleum (Refining, Conversion, Transmission and Midstream Storage) Act 2013 as well as laws on environment, land, tax, insurance and immigration.

Members of Parliament made several amendments to the bill that touch on key areas like the decommissioning fund.

The legislators and the Ministry of Energy and Mineral Development were boxed into reaching a consensus by Deputy Speaker Anita Among in regard to among others; the recommendation by the Committee on Environment and Natural Resources charged with handling the bill that in Clause 36 of the bill, the Minister would annually report to Parliament on the status of the Decommissioning Fund.

The committee chairperson, Dr Emmanuel Otaala, said this was intended to support the oversight role of Parliament over the Fund which is essentially a public fund.

The MPs further amended the bill giving the National Oil Company, the authority to construct infrastructure that is supportive to the functioning of the oil pipeline after consultations with the host state.

The Act which will have the force of law after the President assents to it, will provide for the tariff regime applicable to the project during the different phases of operation including the construction and operation period.

It will also empower the government and the Uganda National Oil Company to pay the transportation tariff in kind, ensure that the project obtains required authorizations in a timely manner as well as grant and protect land rights of the project including land acquisition.

Additionally, the law will define the local content regime applicable to the EACOP and ensure that Ugandan citizens and enterprises benefit from the project. It will also guarantee third party access to the pipeline and define the tariff to be paid.

Earlier, MPs had raised concern about the failure to compensate Ugandans affected by the construction of the US$5 billion oil pipeline despite the project kicking off.

During the debate of the bill, it emerged that the project affected persons supposed to be compensated to the tune of Shs 45 billion had not been paid.