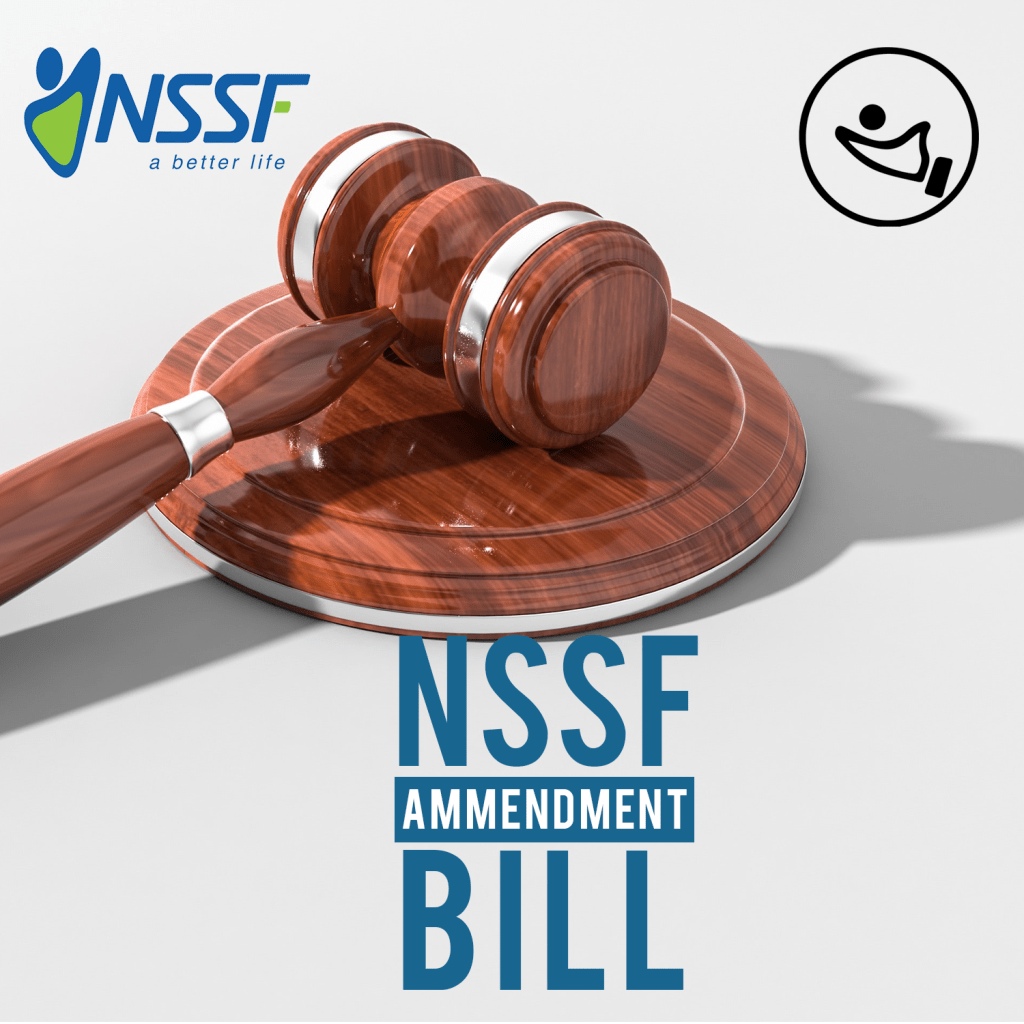 President Yoweri Museveni on January 4, 2022, signed into law the NSSF (Amendment) Bill, 2021 which means that workers who have saved for over 10 years and are over 45 years of age are allowed 20% midterm access to their savings with National Social Security Fund (NSSF).

People with disabilities that have attained 40 years and above and have been saving for at least 10 years will also be allowed to apply for up to 50% of their benefits.

The law will help to streamline the supervision of the Shs 15 trillion NSSF Fund and the savers will share a total of 903 billion which the authorities say is readily available.

The NSSF Bill was first passed by the 10th Parliament in February 2020, but it was returned to the August House by President Museveni to make some changes and return it for consent.

The 10th Parliament had voted that the Ministry of Finance retains the supervisory role of the Fund following the President’s rejection of dual supervision saying it was causing delays in decision making.

Earlier, Parliament reached consensus on which ministry to supervise the operations and activities of NSSF.

While debating the report of the Committee on Gender, Labour and Social Development on the Bill a day earlier, MPs agreed on the dual supervisory role of NSSF with the Gender Ministry taking the lead on supervising social security.

This includes mobilizing and empowering communities to harness their potential while protecting the rights of vulnerable population groups and promoting issues of labour productivity and employment.

Social protection, gender equality rights and equity, human rights, culture and empowerment will be the other core roles.  On the other hand, the role of the Ministry of Finance will only be limited to matters of finance and investments.

Whereas passing the Bill into law could be good news to the savers, experts have cautioned and advised them against hurrying to access their midterm benefits until a proper plan of investment is developed to avoid mistakes that could come with rushing to access it due to excitement.

Ronald Mukasa, a financial literacy coach, says it is highly likely that the money will end up being blown in consumption ventures for the people pressed by the Covid-19 pandemic, advising the savers to put the money to proper use.

“Savers should have some experience in the areas of selected investment. Money does not perform miracles, if it doesn’t find you organized, it will disappear. When money enters our pockets, we have to deal with all sorts of problems. One needs to be clear and organized,” explains Mukasa.

He says, even the possession of a business plan isn’t good enough; the best advice is testing the selected business enterprise before the money trickles.

Venturing into something new, experts believe, means the risks of conducting that business is higher and, therefore, one needs to have a good understanding of the sector to venture into to avoid unnecessary mistakes.

“Before you pick that money, you need to ask yourself: What am I going to do? Which people am I going to align with to be able to do this and can I start a bit and experiment so as to get my hands dirty so that when the other money comes in I am in a better place,” he says.

The chairperson of National Organisation for Trade Union (NOTU), Usher Wilson Were says, the excitement among the savers is too much because the law was one of the hardest things and in history this was the law only passed, scrapped and then resurrected and again reached a point that the President accented it.

He believes that this is a good time for the savers to sit down with someone who has experience in that area of the business that they are interested in, so that they are able to get profound advice on how they can handle their investments.

He advises individuals to use the time frame needed to develop the regulations for access to funds to consult widely.

Dr. Peter Kimbowa, NSSF board chairman says as the savers draw plans on how to invest their midterm benefits, there is a need to exercise patience.

Michael Mwanda, MP Igara East notes that passing the Bill into law is going to be a milestone for those who have been saving and also an impetus for those who would like to voluntarily save.

“Savers should be wise enough, there is no need to rush, this is your money, please take your time,” he advises.

The NSSF Act provides immense opportunities to the Fund, the workers and the entire country.

For instance, this will allow the expansion of basic social security coverage in Uganda; every worker is now eligible to save with the Fund, every employee, as defined in the Act, is now obliged to contribute to the NSSF for their workers, irrespective of the number employed.

Every worker can voluntarily save with the Fund, over and above the mandatory 15% contributions and enhancement of adequacy of social security benefits.

According to the NSSF Managing Director, Richard Byarugaba, the fund collects Shs125bn a month, Shs1.5trillion per year and pays up to Shs 900bn for members qualifying in other benefits.

However, Minister Betty Amongi said they had delved into all the issues and their conclusion is that, it would not have a substantial impact on the depletion of the fund because the fund is Shs15 trillion and they need between Shs800bn to 1 trillion to handle mid-term access at a go.