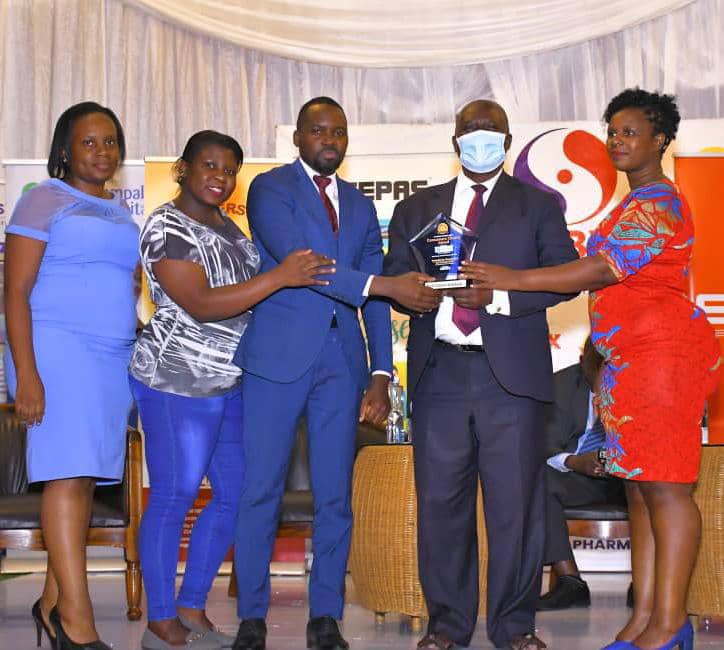 Stanbic Bank Uganda has been voted as Uganda’s Best Commercial Bank at the recent Consumer Choice Awards for 2022.

In a tweet dated July 30, 2022, The Anne-Juuko led financial institution honoured its commitment to its customers and promised to continuously improve in the course of executing its financial duties.

“With humility, we accepted the honour of ‘Best Commercial Bank in Uganda” at the 2022 Consumer Choice Awards ceremony last night. We thank everyone who voted for us and we pledge our commitment to continuous improvement. We dedicate this honour to all our customers.”

Stanbic Bank Uganda is the largest commercial bank in the country, by assets.

The award winning bank has won several accolades, including the following:

And in 2017, Stanbic Bank was recognised as Uganda’s best financial institution at the 2017 Euromoney Awards, which is the world’s most recognised accolade in the Global Banking Industry.

In 2016, Stanbic Bank maintained its position as the largest provider of support to the Government’s infrastructure programme by providing up to Ush1 trillion of all balance sheet guarantees and performance bonds.

Another accolade that Stanbic Bank won in the recent past was in 2016 when it was Best Retail Bank in Uganda at the 2016 Banker Africa’s East Africa Awards.

Stanbic Bank Uganda (SBU) is listed on the Uganda Securities Exchange (USE), where it trades under the symbol SBU. It offers a range of banking products, including Internet banking, mobile money, SME lending, and debit and credit cards, among other products.

SBU is a subsidiary of Stanbic Africa Holdings Limited, which is in turn owned by Standard Bank Group Limited.

The bank was founded in Uganda as the National Bank of India in 1906. After several name changes, it became Grindlays Bank. In 1991, Standard Bank bought the Grindlays Bank network in Africa. The new owners renamed the bank Stanbic Bank (Uganda) Limited.

Stanbic Bank (Uganda) Limited is licensed as a merchant banker, stockbroker, and financial adviser by the Capital Markets Authority, which licensed the USE in 1997.

In 2017, the bank was awarded a bancassurance licence from the Insurance Regulatory Authority, authorising Stanbic Bank to sell insurance products to its customers and the public.

Stanbic Bank is one of Uganda’s biggest employers in the financial services sector with over 1,665 employees as of 2018.

The 116-year-old financial institution SBU is regulated by the Bank of Uganda.