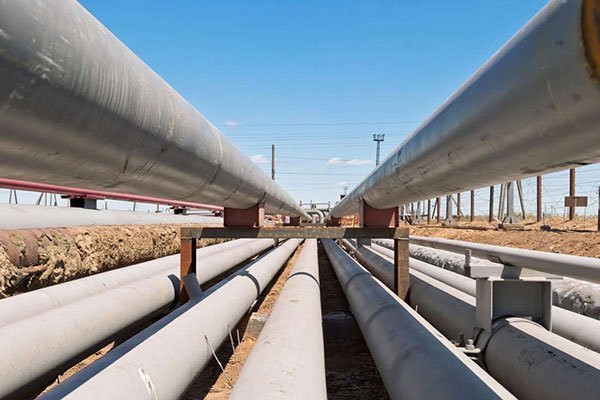 The construction of the East African Crude Oil Pipeline is soon expected to kick start off, but the environmental activists have raised alarm about the potential risks the project poses to the environment.

The proposed 1,443-kilometre pipeline that will run from Uganda’s oil-rich Albertine Graben to the Tanzanian coast will be the longest heated oil pipeline in the world, with a capacity to carry 216,000 barrels per day at peak production.

As the government of Uganda alongside the  Petroleum Authority of Uganda (PAU),Ministry of Energy and Mineral Development and National Environment Management Authority (NEMA) launched the National Oil Spill Contingency Plan, environmental activists have sounded a strong warning.

This plan is aimed at establishing a national oil spill preparedness and response mechanism to address the risk and vulnerabilities identified in the Environmental Risk Assessment and the Oil Spill Contingency Analysis.

Oil spills may be caused by releases of crude oil from tankers, offshore platforms, drilling rigs, wells and refined petroleum products or the spill of any oily refuse or waste oil. They can have far-reaching disastrous consequences for the environment, communities, human and wildlife health as well as the economy.

The impact of oil spills depends on factors like the size and duration of the spill, the location, whether it happens on water or land.

Apart from the bursting tankers and pipelines that eventually cause fire, the most prominent spills have been recorded as happening in water bodies in different parts of the globe.

The Albertine Graben, where the oil activities are concentrated, is one of the most ecologically diverse regions in the world, with thousands of animal, bird, and plant species, including 52% of all African birds, and 39% of African animals, according to experts.

The main purpose of the contingency plan is to provide management of oil spills on the receiving environment in Uganda, including on land and into water bodies, and also for health and safety oil spill responders and the public during oil spill response operations.

The Prime Minister Robinah Nabbanja says since everyone is aware of nature and environmental vulnerabilities, there is a need to ensure that the environment is protected as participant’s exploit oil and gas.

She also notes that the oil spill contingency plan will only be effective if it is published such that the public knows what to do in case of an oil spill.

“People in areas where the pipeline passes will be sensitized on what to do and what not to do when a spill occurs,” she notes.

Against criticism that the country is venturing into oil production right as the world shifts away from fossil fuels and embraces cleaner energy options, proponents of the government’s position argue that exploitation of Uganda’s oil resource will indirectly tackle the country’s bigger climate threats such as deforestation and charcoal burning.

According to the Minister of Energy and Mineral Development Ruth Nankabirwa, the contingency plan was drafted after Ugandan experts took time to learn from mistakes made by other countries involved in oil drilling.

However, Dickens Kamugisha, the Executive Director of AFIEGO, says the project poses a significant risk to the environment.

AFIEGO recently dragged NEMA, the entity mandated with management of Uganda’s environmental resources, to the courts of law, accusing it of issuing EIA certificates of approval before contentious issues have been resolved.

“All the environmental impact assessments that were conditional by the companies which were contracted were approved by NEMA before putting complete mitigation plans in place,” he says.

But the Petroleum Authority of Uganda insists the plan is environmentally viable and that all necessary regulatory, environmental, and health safety measures have been put in place to minimize potential negative impacts of the pipeline on the environment.

Experts believe that preventing oil spills is the best strategy to protect human lives and save the environment, investment assets inclusive.

NEMA’s Isaac Ntujju, however, says that a major ecological nightmare for oil-producing countries is the fear of oil spills, given their potentially calamitous impact on communities and the environment.

Activists are confident that the safeguards put in place in the project design will be sufficient to assure the preservation of the country’s rich ecosystems.

A supportive legal framework has also been established to ensure the safe exploitation of the oil resource. In fact, benchmarking from global oil producers, the pipeline could be one of the safest evacuation options available for Uganda’s crude.

Ernest Rubondo, the Petroleum Authority of Uganda Executive Director notes the plan caters to all the stages of the petroleum value chain, from the exploration and production region, through to the transportation and refinery.

For adequate management of any incident, officials explain the plan provides for tiered preparedness and response, in line with the scope of the likely effect.

The three-tiered structure allows those involved in contingency planning to describe how an effective response to any oil spill will be provided, from small operational spillages to a worst-case release on land or water.

Tier 1 is the lowest response level and may be restricted to a site. The licensees, operators, and other persons responsible are expected to be able to fully respond to this level of spill incident.

The second level, Tier 2, refers to small-to-medium impact incidents. Under this, the operators should have the capacity to respond immediately or mobilize support from other licensees to handle this spill.

In some circumstances, support from the government, regional and international services may be required.

The worst-case scenario is the large-scale spill where licensees or operators in petroleum activities, midstream operations, and petroleum supply are required to have a membership with suppliers of Tier 3 spill services and equipment suppliers.