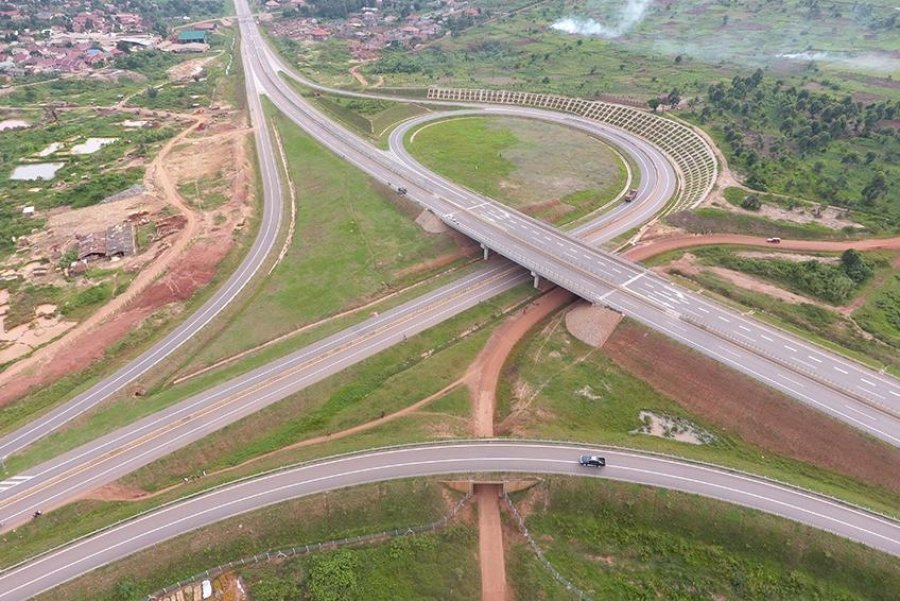 On January 8, 2022, Uganda commenced collection of road tolls along the Kampala- Entebbe Expressway, a major gateway to the country’s only international airport.

The 51km road, one of the country’s most expensive, was built using a $350 million loan from Exim Bank of China.

The government says it will be using road toll fees as a source of revenue to curb borrowing for infrastructural projects in Uganda.

Works and Transport Minister Gen. Edward Katumba Wamala says all the expressways that the country is constructing will be toll roads.

“Even if we get the money and pay off the loan and the operators, we still need to do more roads because right now most of the money we are using to build roads, we are borrowing. So it is high time we generated revenue to fund our road construction; this is part of the process,” Gen Katumba says.

Uganda has a master plan to reduce motor vehicle traffic within the capital Kampala by constructing expressways leading out of the city but its execution has been hindered by lack of finances.

Currently, the country is constructing the Busega-Mpigi Expressway and the procurement process of the Kampala- Jinja Expressway, a major link to Kenya, is underway.

Initially, the government had planned to repay the loan through revenues from the road toll on the Expressway upon its completion. However, the road toll system had not been implemented and the road was opened to traffic in June 2018.

Users are paying between Shs3,000 to Shs 18,000 per trip with discounted rates for weekly and monthly trips.

The tolling exercise which is implemented by French Firm Egis Operations SPA started from the Kajjansi toll station at 10:00 am, Busega at 2:00pm. and 5:00pm. at Mpala tolling station.

But is it a viable measure of recouping loans for road projects?

“As a country, we haven’t reached the level of charging road tolls, we still need incentives to boost economic growth in terms of cheap transport. And on average, Uganda has the most expensive transport costs in East Africa. Road tolls would increase cost of doing business,” he says.

“Your motive is to have road users pay for the road tolls, but with this economy, we have not reached that stage. For the road tolls to have value in Uganda, there should be well constructed roads for the alternative. Many poor Ugandans need access to safe transport too,” he adds.

In the 1990s, Uganda had road tolls at Lukaya along Kampala-Masaka highway and at Mbiko along Kampala-Jinja Highway among others but this was suspended.

It is estimated that 2,000 cars pass through the Mpala tolling station daily. Among these are incoming air passengers, airport taxis, visitors and Entebbe residents.

But Allen Kagina, the UNRA Executive Director, says expressways like the Kampala Entebbe Expressway are high class roads that cost billions of Uganda shillings to build and maintain, and key in enhancing Uganda’s competitiveness in the region as well as spurring economic growth.

“For this reason, UNRA has planned all expressways to be tolled to enable road users to contribute to the development and maintenance of these roads,” she says.

The funds from toll revenues to be collected on the Kampala-Entebbe Expressway will be exclusively used to finance the operation and maintenance of the expressway.

“This will enable the expressway to be maintained to high class standard and not compete for the inadequate maintenance resources with the other non-tolled roads,” she says.

“We have put in place a mechanism to properly manage the toll revenues, including ensuring that UNRA independently records each vehicle that passes through the toll plaza to ensure that we collect 100% of the expected revenue. We want to see an expressway which is responsive to the needs of the traveling public and provides a great user experience,” says Kagina.

Joy Nabaasa, the Public Relations Manager of French Firm Egis, which was contracted to maintain the road and collect the toll says the tolling exercise started without a glitch and that the company will ensure cards are accessible at petrol stations.

She is encouraging users to get cards according to their movements so that they avoid making losses for trips not taken. Nabaasa says the trips paid for expire once the paid-for period elapses.

The Roads Act, 2019 establishes a legal and regulatory framework for road tolls in Uganda. The tolls payable on gazzeted toll roads and any exemptions are designated by a ministerial statutory instrument.

In 2015, truck drivers who were willing to pay for road toll was 69%, but dropped to 59% in 2016. Willingness to pay road tolls and levies towards maintaining public roads increased to 69.5% in 2019 according to the Road User Satisfaction Survey.