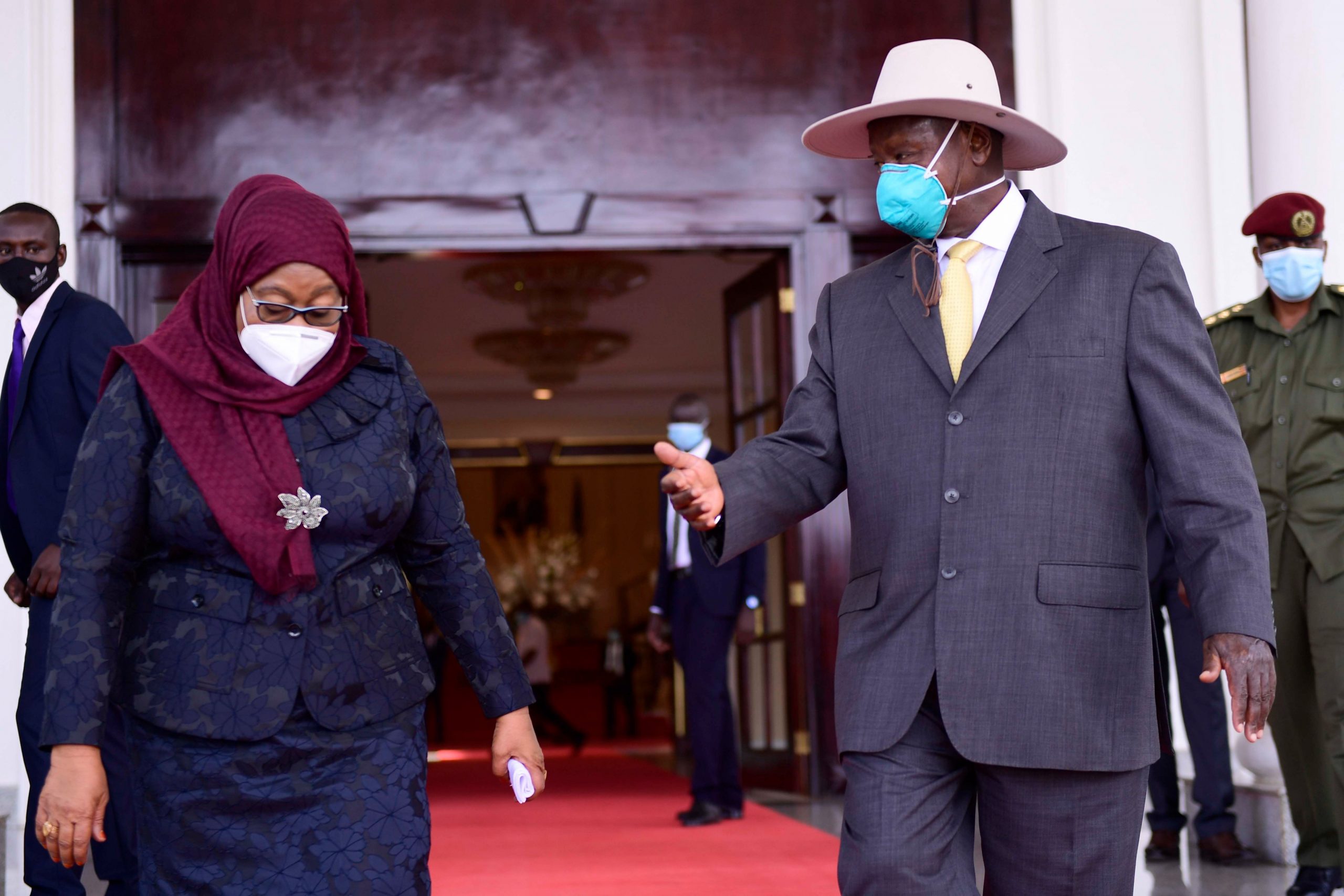 President Yoweri Museveni and the Tanzanian President, Samia Suluhu Hassan, have agreed on various key strategic projects that will deepen co-operation in trade and development.

“I am happy to tell Tanzanians, Ugandans and the world that the activities on the pipeline are complete,” President Museveni, who arrived following a much anticipated downpour that cooled the hot Tanzania capital, said at a press conference at State House Dar-Es-Salaam.

Museveni said the proposal to have the pipes made here to benefit the people was abandoned following complaints that it would delay the project.

“We decided to leave that to companies to import pipes out of the continent. $1300b will be lost, but the project will take off. For example, $52m will be used on transport costs annually and up to $272m will be spent,” he said.

Among other things that was agreed upon is the East African Crude Oil Pipeline (EACOP) project that will not only see oil flow downstream from the Albertine region and in future from Kadam in Karamoja, DR. Congo and South Sudan, but will also see gas flow from the coastal region in Tanzania upstream, to the continents inlands.

On health matters, the two heads of states agreed to work closely on developing a vaccine as a measure to further combat the spread of the COVID-19 virus and other pandemic diseases.

President Museveni said he was happy that President Suluhu was willing to partner with Uganda to exploit the Pathogenic economy through joint production of pharmaceuticals.

“There are diseases, but there is also money within these diseases. Covid-19 awakened us all. We must establish pharmaceutical companies for vaccines and veterinary drugs. We should address the issues of viruses, but also reagents to use for the vaccines,’ he noted.

The President said there is a huge business in the world of pathogens, but we must work on both the vaccines and reagents.

“When we had a breakthrough, I contacted Her Excellency and we agreed to co-operate. We started with the AIDS drugs, now we are saying, if we are sick, why not treat ourselves and get that money for our economies,” he said.

President Museveni said the veterinary vaccines would help the communities of Byaramuro, Bukoba, among others, who keep livestock and would boost milk production.

Museveni who was later hosted to a State Banquet at State House, Dar-Es-Salaam emphasized the issue of markets to support business growth.

“The Market is a stimulus for business. The more you sell, the more you produce. Segmenting African markets is a big mistake. We should use the tool of markets to support businesses,” he said.